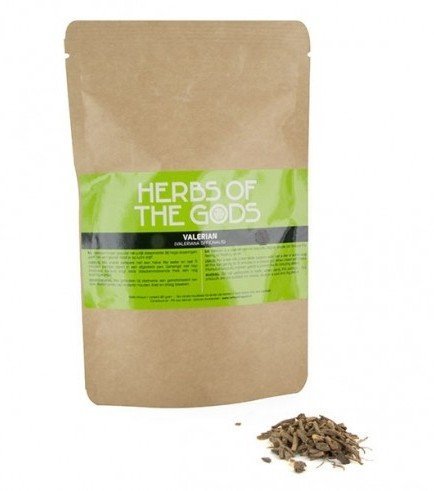 Valerian (Valeriana officinalis), or Valerian root, is an herb with a rich history in Europe as a natural sleep aid and is considered a “sacred herb” by the Celts. The root is said to calm nerves, lower anxiety and combat insomnia. It contains short chain fatty acids which are responsible for the overall calming effect on its users.

No reward points for this product.
Tweet
Starting from € 8.50
€ 8.50
Description
Blog
Description

Valerian grows as a sweetly scented blooming flower, found in Europe, Asia and the U.S. That said, the roots have a pungent odour, often considered unpleasant. Cats are also attracted to the scent in the same way they are to catnip.

Valerian is not entirely without side effects. Users have reported minor issues such as headaches, dizziness and stomach problems. If pregnant or nursing, check with a doctor before use. It is also recommended to avoid using it before operating heavy machinery and if you have been diagnosed with liver disease.

It can also interfere with or increase the effect of other drugs or natural supplements like St. John’s wort, kava or melatonin. Caution is also advised if using barbiturates, benzodiazepines and other sedative drugs.

Valerian root is used either by itself or in combination with other herbs or teas.