Dinafem is a seed bank that trades in top-quality marihuana seeds from its own library and from those of other seed banks. From a growers' background, they had already researched the plant's genes and continued with their own breeding endeavors, having bred seeds that are now famous throughout the international cannabis community.

WHAT ARE FEMINIZED SEEDS?

Feminized seeds are treated so that they only produce female plants. Because marihuana plants display their gender only after a vegetative period of at least a month - and only the females produce the buds that we want to smoke - it is a big advantage to know that all the seeds you so carefully germinated will become female plants. Feminized seeds also eliminate the risk of discovering the male plants too late, after they have already pollinated the female plants. The females will then start to form seeds instead of buds, and the flowers that are formed will be smaller. Feminized seeds take away a lot of this stress and can save you a lot of time and growing space. This is a selection of Dinafem's most ordained feminized seeds. 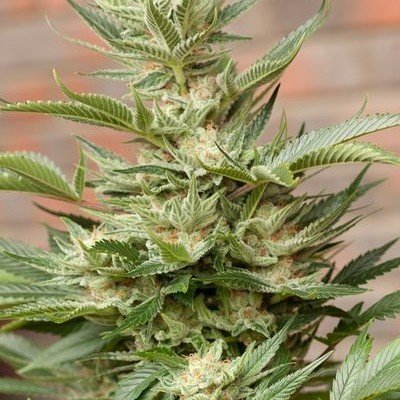 Moby Dick by Dinafem is a feminized cross of White Widow with several Haze genetics. The outcome is a 40% indica and 60% sativa feminized hybrid that has a flowering time of 9-10 weeks when grown indoors. Outdoors, harvest time is around mid to the end of October. Named after the mythical white whale, this is a monster in its own right. It is the most powerful and potent variety in the Dinafem catalogue. This strain might not be for the inexperienced smoker, it has a devastating, long-lasting effect. It produces high yields and is very easy to grow, so also very suited for the beginning grower. Its buds taste like citrus, incense, and pine, leaving the user with a relaxing high that works both mentally and physically. 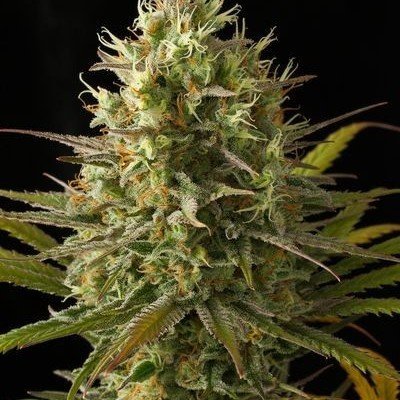 Original Amnesia by Dinafem is a multiple-cup-winning feminized backcross of the original Amnesia Haze genetics, creating a 30% indica and 70% sativa hybrid. It has a 10-11 week flowering time when grown indoors and can reach 80-140 cm in length. When it is grown outdoors, harvest time is near the end of October. It is a fast-growing strain that produces big yields consistently. It works best in hydro setups. The buds of this sixteen-time Cannabis Cup winner have a sweet taste that gives off an extremely high effect which is long lasting and induces a relaxation of the body. Because of the powerful effect, it has been named after the medical condition of losing your memory, so smoke with caution. 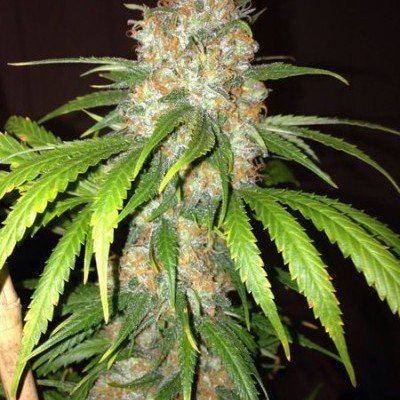 Blue Widow by Dinafem is a feminized 50% indica and 50% sativa hybrid that is the result of a cross between the famous Blueberry and all time classic White Widow. When grown indoors, it has a 7-8 week flowering time and when grown outdoors, harvest time is in October. It creates purple and violet buds when it is nearing harvest time and the temperatures start to drop. These beautiful buds taste like a fruit cocktail, with bubblegum and lemon drops. It has an explosive growth of large and resinous purple cola’s and produces yields between 800-1200 grammes per plant. 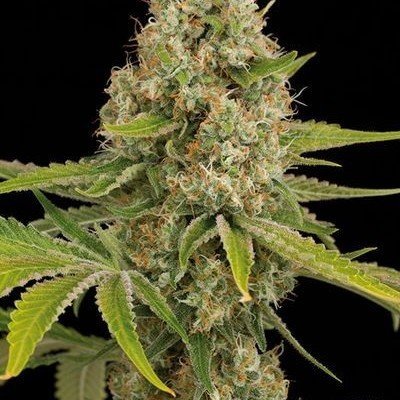 OG Kush by Dinafem is an all time favourite and famous amongst rappers and weed connoisseurs. It is the result of a cross between Lemon Thai and Pakistani genetics, mixed with Chemdawg. The result is a feminized 70% indica and 30% sativa hybrid that has a very short 7-8 week flowering time when grown indoors. When grown outdoors, mid-October would be the best time to harvest. The buds that grow abundantly taste like diesel fuel, citrus fruits, and exotic tutti frutti. It is suited for both indoor and outdoor growing and can be cultivated in both hydro setups as well as in soil setups. Because it is very easy to grow, it is the perfect choice for beginner growers, as well as more experienced ones who will be able to maximise its yields and flavour. 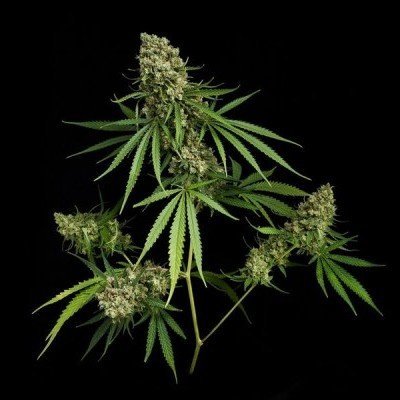 Critical+ by Dinafem is a feminized 50% indica and 50% sativa hybrid that is the result of mixing Big Bud with Skunk genetics. It has an even shorter flowering time of 6-7 weeks when grown indoors. Critical+ can be harvested as early as early October when grown outdoors. Growing faster and producing far more per m² or plant than the original Critical, Critical+ is an improved version of its predecessor, with a fruity Skunk flavour and aroma. Because of the strong aroma, anti-odour filters are necessary until Critical+ is dried and packaged. It produces yields of between 900-1200 grammes. That is a load of bud! Consumption leads to a relaxing, cerebral high.

Dinafem may be considered as one of the frontrunners when it comes to the sheer amount experience and genetics they have at their disposal. Dinafem breeders excel at creating shiny new hybrids. Take into account that their best varieties, some of which we have just highlighted in this article, are available in feminized format and you might come to the conclusion that it would be difficult to find a more reliable source of cannabis seeds when aiming for solid productivity, great flavors, and strictly female plants.